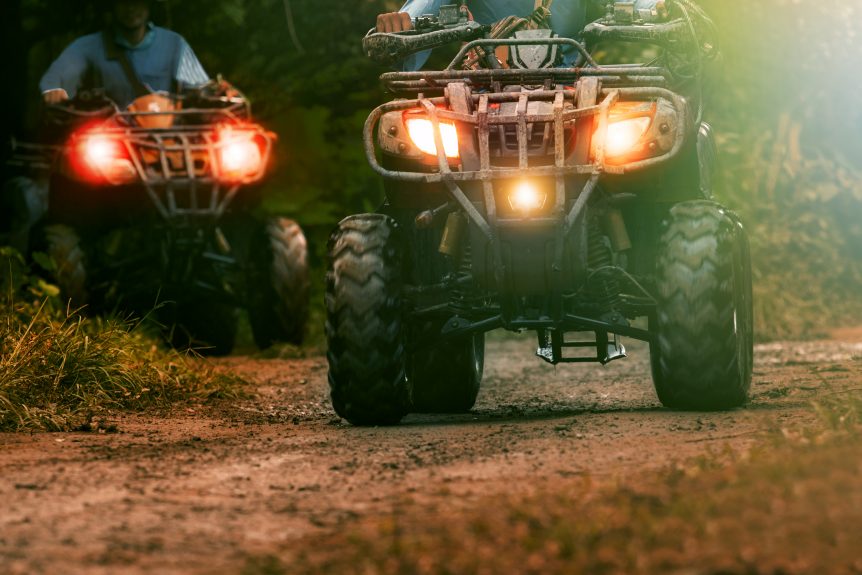 It is possible to wake up one day only to find that your kid’s ATV is not working. Imagine the disappointment on your kid’s face when the ATV won’t even start.

If you have encountered this issue, do not despair as I have a complete guide on how to troubleshoot the ATV when it won’t start.

However, Don’t Be A Hero – I really don’t advise for you to take apart an ATV for kids unless you are pretty confident in what you are doing. Don’t bother if you’re only doing a half-assed job. The guide can help you identify the issues, so if you feel more comfortable having an expert fix your kids ATV, then please do that!

My ATV Won't Start Because Of Battery Issues 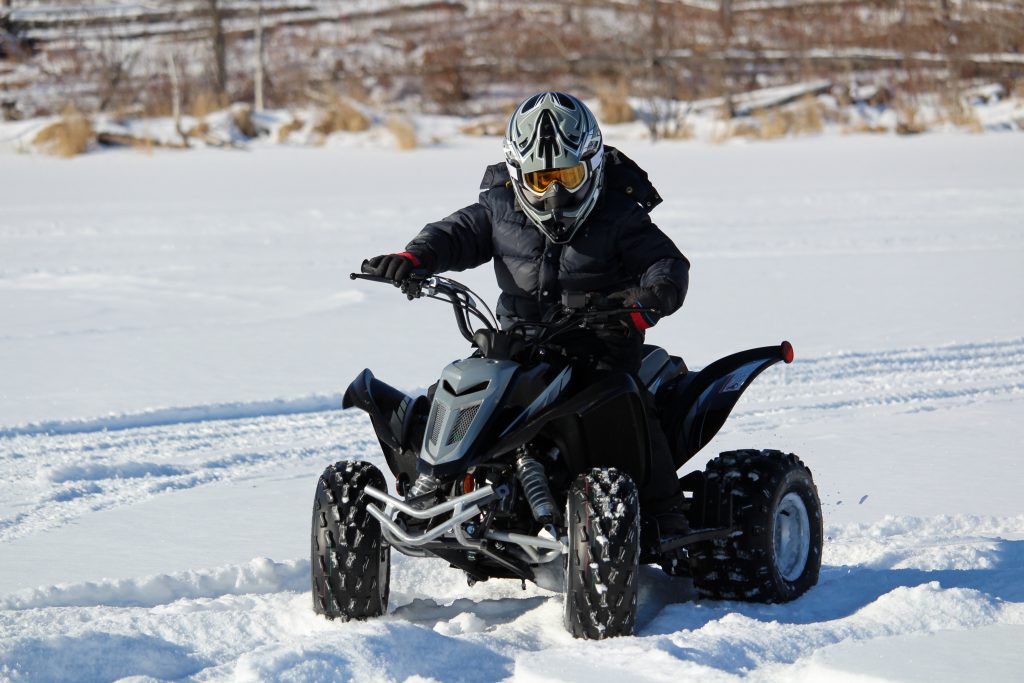 This is probably the very first thing that you should check when your kid’s ATV won’t start. Just like in vehicles, sometimes the battery may fail and thus cause starting issues in an ATV. So check the battery and ensure that it is in position. There might be a few causes of ATV battery fail. For instance, if it has been a while since you bought the ATV, you may consider changing it. No matter how well you maintain the latter, the battery will get old and damaged at some point in life.

Overcharging the battery could also be the reason why the ATV fails to start. Well, it is important to ensure that the battery is fully charged before heading out. However, ensure that you do not charge the latter for too long to damage the battery. Don’t charge the battery for more hours than recommended. In such a case, you will also have to replace the battery. Additionally, always use the original in-built thermal fuse for the ATV battery.

On the other hand, should you undercharge the batter, it may also lead to the ATV failing to start. This is especially important for those who just bought their kids ATVs. You should charge the battery for not less than 18 hours before you can start using it.

This is the most common battery issue you are going to encounter when dealing with ATV starting problems. In most cases, ATV owners end up spending money on a professional to come and check out why their kid’s ATVs won’t work. This is because it is a little difficult to detect or even think about a tripped thermal fuse. However, this is something that you should consider looking into when you have already tried the above.

A tripped thermal fuse will cause the ATV to shut down at once. This problem can be as a result of overloading the ATV or climbing too many hills. If your child hits walls or any other immobile obstacles, it may also lead to a tripped fuse.

To be able to fix issues concerning a tripped fuse, switch the ATV off completely and release the pedal. Give it a few minutes before you start again.

My ATV Won't Start Because Of Engine Issues 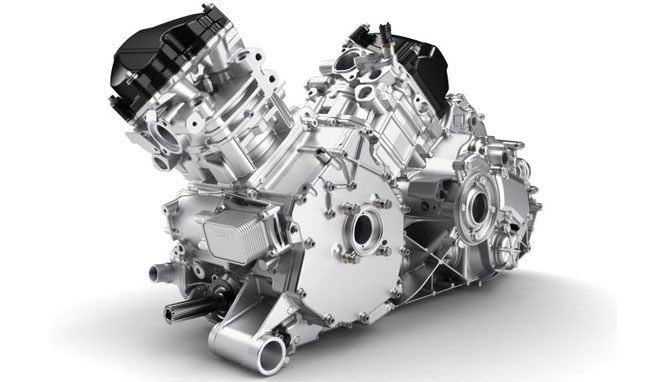 When the ATV battery seems fine, you might be dealing with an engine problem. Well, this might be just a simple fix but it could also require a professional to check it out. We are going to outline some of the common and easy to fix engine issues in kids’ ATVs.

This is the most common reasons for sudden no-start issues in kids’ ATVs. You will need to check the engine every now and then, especially if your kid likes to ride on muddy grounds.

The air filter in a 2-stroke engine of an ATV is made up of foam lather, contrary to paper air-filters you find in cars. The filter will allow air to flow into the engine while preventing dirt and particles to pass through to the carburettor. However, you will need to maintain the ATV which includes checking the air filter.

When the air filter is clogged, it means that no air is flowing into the engine and sometimes it may pass dirt and debris into the engine. As a result, the ATV will start giving out black smoke from the exhaust. This should be the first indication that you need to check the air filter before the ATV fails to start. Also, the kid’s ATV with a clogged air filter will be sluggish and eventually won’t start.

You are going to experience problems with your child’s ATV during cold weather. Even though ATVs are built for outdoor activities, the engine might fail to start when it is cold or in early mornings. If you wake up in the morning and the latter won’t start, it might be the cold.

Poor quality fuel can also lead to a cold engine that won’t start. For instance, if the fuel has water in it, you are definitely going to have issues with starting the engine. However, you can easily fix this by adding fuel stabilizer in the gas tank. Then run the engine for about 10-15 minutes before you kid can have the ATV back.

If the ATV has been in the garage for a few months, you can also experience cold engine problems.

To fix a kid’s ATV that won’t start due to the cold, open the choke fully. Then start the engine and leave the choke open. Run the engine for a couple of minutes to allow it to heat up.

If the above does not work, then consider checking the battery. Sometimes the battery might also be cold and thereby fail to start the ATV. If so, you will need to let it charge before your kid can have the latter. It is advisable to charge the ATV battery the night before use, especially if the ATV has been in the store for some time.

An over-fueled carburettor is also a possible cause for no-start issues in children ATVs. This is a little bit technical and might need a professional’s touch. Mainly, the challenge lies in getting to the carburettor, which is deep within the engine. This means that you just might have to disassemble the entire engine and reassemble it back.

So what are the signs of an over-fueled carburettor?Generally, the ATV will have an occasional loss of power and poor idling. This could be as a result of a ruined fuel pump. Once again, you may need someone with expertise to check out the ATV.

This is a common issue in ATVs whereby it won’t start even when you have everything else in place. However, do not despair as you can be able to fix this. If you turn your kid’s ATV on but there is no ignition, the spark plugs may need changing. Check the latter and ensure that there is a gap in the plug, as well as a spark when you hit the ignition.

You are able to purchase spark plugs and replace them in the ATV quite easily.

My kid’s ATV runs for two minutes and then stops 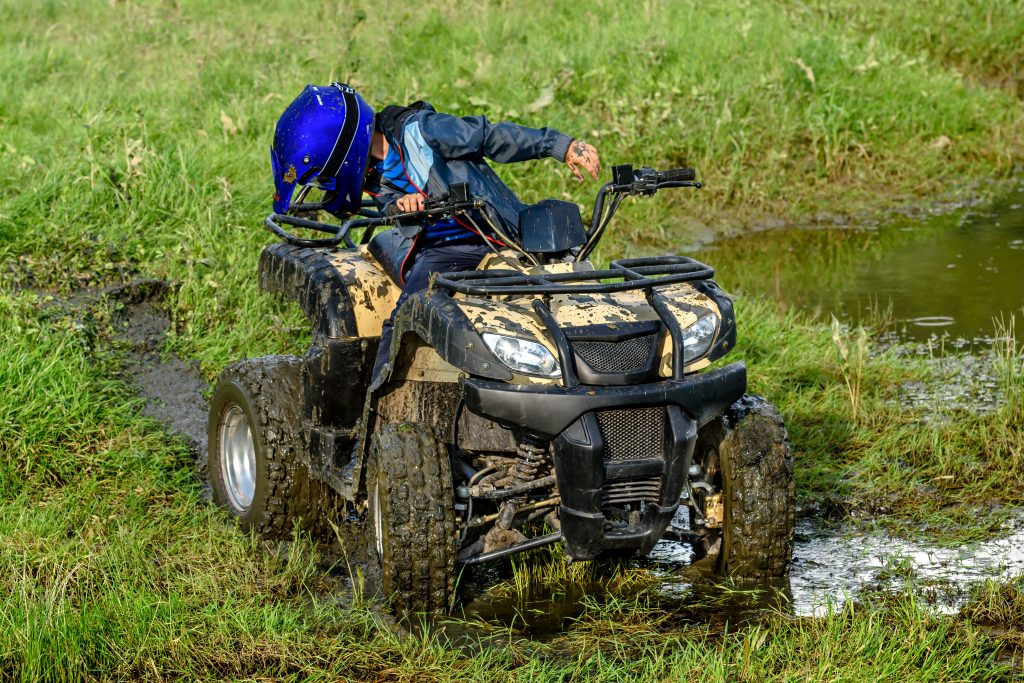 Sometimes, your child’s favourite motor is going to act up for no reason. More often than not, new ATV owners will have their engine starting fine. However, after about a minute or two, the engine will die. This is not usually a big problem to sort out. This could be as a result of one of the following problems:

Failure to adjust the choke

When starting the engine, it is important to ensure that the choke is well adjusted. It should allow air to flow into the carburettor, failure to which will lead to the engine dying a minute after starting the kid’s ATV. This could also be evident by the ATV moving slower than normal.

Maybe the gas cap on the gas tank is too tight and there is no airflow. In such a case, check to loosen the cap and you will have the ATV moving swiftly.

Losen the screw on the speed handlebar – In some cases, your child’s ATV will start and run for like two minutes and then stalls for no reason. It could be that the screw for adjusting the speed on the handlebar is too tight and thus stalling the ATV.

If your kid has had the ATV for some time, or in the case you obtained secondhand machinery, the ATV could have issues with coil failures.

Coil failure is a common issue in cars, dirt bikes, and even ATVs. It could be as a result of the extreme temperatures and well as long use overdue. Understand that the coil works to deliver charge to start the ATV engine. However, a failing coil will not be able to deliver the required amount of charge which means that your kid’s ATV won’t start.

An easy fix for this would be to get a new coil. However, you can alternatively fix it yourself. Run the engine until it goes off and then remove the plug. Without letting the engine to cool off, put the plug cable on the plug. Then hold the plug against the cylinder head and start the engine. When you get a spark, you most probably have it all sorted out and your kid should have the ATV running perfectly.

No-start issues are quite common in kid’s ATVs, just like in cars. However, you can be able to fix the small issues by yourself. Getting a professional is going to cost you money whereas if it is only a mild issue that you can fix yourself, you can save a few bucks.

However, if you cannot seem to put a finger on the real issues, it is only wise to call a professional. Usually, I do not encourage parents to disassemble the ATV engines during troubleshooting unless you have basic mechanic skills. Therefore, if you suspect that the ATV has a fuel pump or carburettor issues, call your local mechanic to check it out.

This is a great video I found on YouTube which goes through certain aspects on what to look out for. It does get quite technical, so if getting into the nitty gritty isn’t for you, get a mechanic to look at it.